Bowel cancer is the cancer of intestine and is also called as colorectal cancer depending on if developing in colon or rectum.

Although bowel cancer affects people of all ages, it is common in people aged 60 years and above. 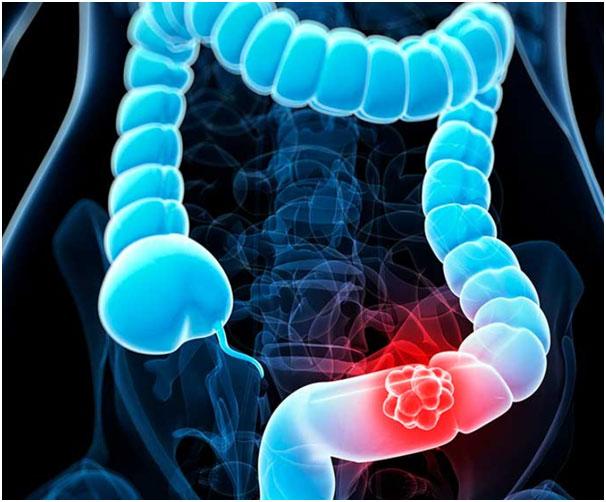 What are the risk factors for colorectal cancer?

Some factors that increase your risk of bowel cancer include:

What are symptoms of bowel cancer?

In the early stages, people with bowel cancer often may not experience pain.

However, the following symptoms may indicate colon cancer:

Bowel cancer is diagnosed by symptoms, medical history and other diagnostic procedures.

What is screening test for colorectal cancer?

By using a non-invasive test for blood in the faeces that can be done at home, is recommended for all Australians aged 50 to 74. Known as the faecal occult blood test (FOBT), the test is only for low-risk people with no symptoms of bowel cancer. The FOBT is not for people with a family history of bowel cancer. In this case, you may need screening colonoscopies.

As of 2020 the National Bowel Cancer Screening Program, using FOBT, is now offered free every two years to all Australians aged 50 to 74. 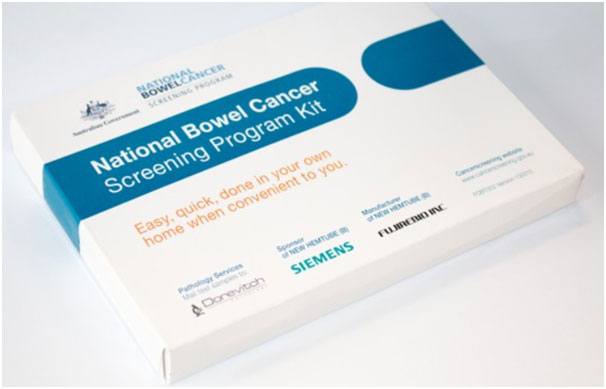 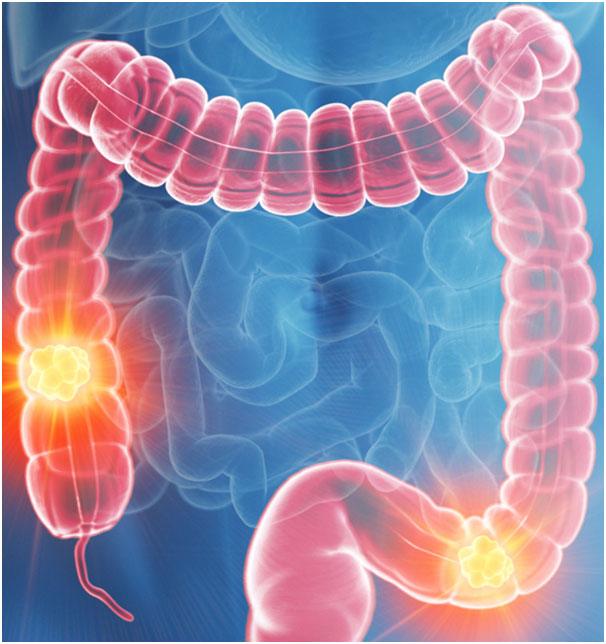 If the bowel cancer is confirmed, staging is performed to detect the size, location, and stage of the cancer.

Staging is performed using ultrasonography or a computed tomography of the abdomen, chest X-rays, Magnetic Resonance Imaging (MRI) scans of the bowel, and complete blood count. Faecal occult blood test- Faecal occult blood test (FOBT) is a test to determine small amounts of blood in the faeces. However, this test does not diagnose colon cancer, hence need to be performed during colonoscopy or sigmoidoscopy 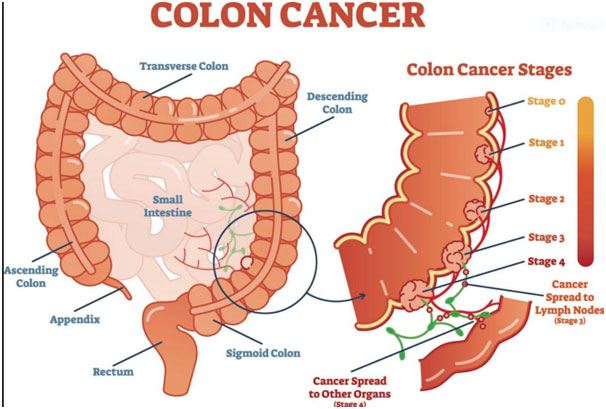 What is treatment of colon cancer?

Treatments depend on the size, location, and stage of the cancer. Severity of the bowel cancer may range from stage 0 (early stage; restricted to particular area) to stage 4 (advanced stage; spread to other parts of the body). Bowel cancer may be treated using chemotherapy, radiation therapy, and/or surgery.