What is treatment of colon cancer?

Treatments depend on the size, location, and stage of the cancer.

Severity of the bowel cancer may range from stage 0 (early stage; restricted to particular area) to stage 4 (advanced stage; spread to other parts of the body).

There are two main categories of treatments for colon cancer.

Early detection and treatment of colon cancer may improve your prognosis (treatment outcome) and quality of life. In fact, according to the American Cancer Society, when stage 1 colon cancer is detected and treated early, 92% of people are alive five years or more after treatment. 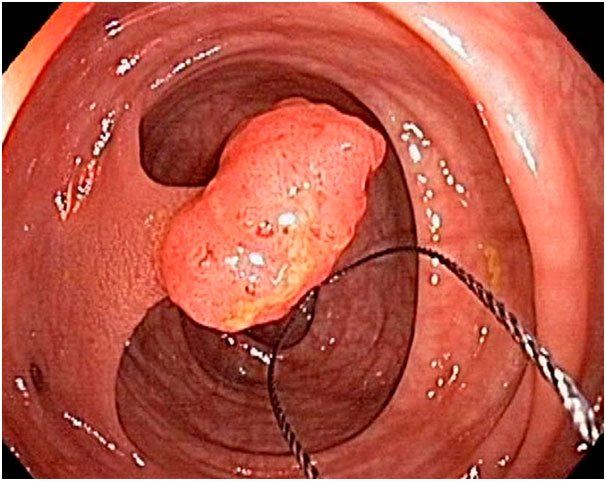 In this technique a single large incision of about 6 inches is made in the lower abdominal wall. The diseased part of the colon is removed, and the healthy ends are sutured. If no healthy large intestine is left, an opening or a small incision called a stoma is created through the skin of the abdominal wall. The open end of the large intestine is stitched to the skin of the outer wall of the abdomen. Wastes will pass through the opening into a bag attached outside the body. This procedure is called colostomy.

It is a minimally invasive technique where several small incisions are made rather than one large incision. Three to five small incisions are made on the lower abdomen. A laparoscope, a telescopic video camera is used to see the inside of the abdomen, is inserted through an incision. Small surgical instruments are passed through other 2 incisions and colon is removed through another incision. Gas is filled in the lower abdomen and expanded for easy access. Diseased part of the colon is extracted. The healthy ends are reattached, and all the incisions are closed with the sutures.

A laparoscopic procedure requires a much smaller incision than an open colectomy, so recovery is generally faster.

During a colectomy, the diseased section of the colon is removed, along with an adjacent part of the healthy colon and lymph nodes. Then, the two healthy ends of the bowel are reattached. The surgeon's goal will be for the patient to return to the most normal bowel function possible. This means that the surgeon will take out as little of the colon as possible.

In some cases, like if surgery needs to be done urgently because a tumor is blocking the colon, a reconnection of the healthy bowel (called an anastomosis) may not be possible. In these cases, a colostomy may be necessary.

It's important to note that in some cases, a surgeon will not know how far cancer has progressed before beginning the surgery; in others words, there is a chance more colon will have to be removed than previously thought.

As with other surgeries, colectomy procedure is also associated with complications such as infections, bleeding, and damage to nearby organs. 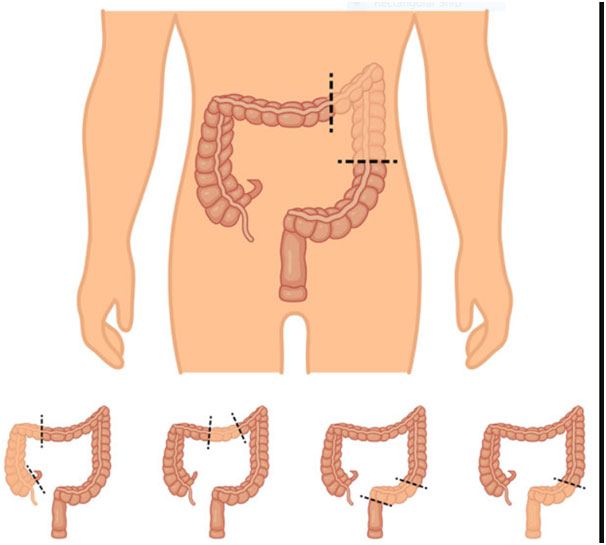 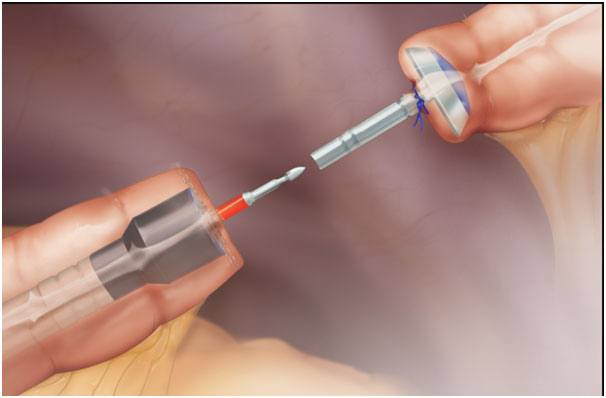 A colostomy is created when part of the large intestine is inserted through an opening in the abdominal wall. The part of the colon that is on the outside of the body is called a stoma (Greek for "mouth").

Most colostomies that are done to treat colon cancer are temporary and are only necessary to allow the colon to heal properly after surgery.

During a second surgery, the healthy ends of the colon are reattached together and the stoma is closed up. Rarely, a permanent colostomy is needed.2

Every medical procedure carries risks and benefits. Make sure you talk with your healthcare provider about them and ask questions so you feel confident about your treatment decision.

Some of the risks associated with bowel surgery include:

Prior to any surgery on the colon, it must be squeaky clean on the inside. This is accomplished through a complete bowel preparation, similar to the one you may have had for your colonoscopy.2

You will be required to stay in the hospital for at least a few days following bowel resection. The time in the hospital will allow any surgical incisions to begin healing, while nurses and other healthcare providers monitor hydration, nutrition, and other needs after surgery, like pain control.

Depending on the surgery, drains may be placed. These drains allow excess fluids, such as blood, to leave the abdomen. The drains may be removed before discharge from the hospital. If you had a colostomy inserted during the surgery, the nursing staff will teach you how to care for your colostomy bag and stoma before you go home.